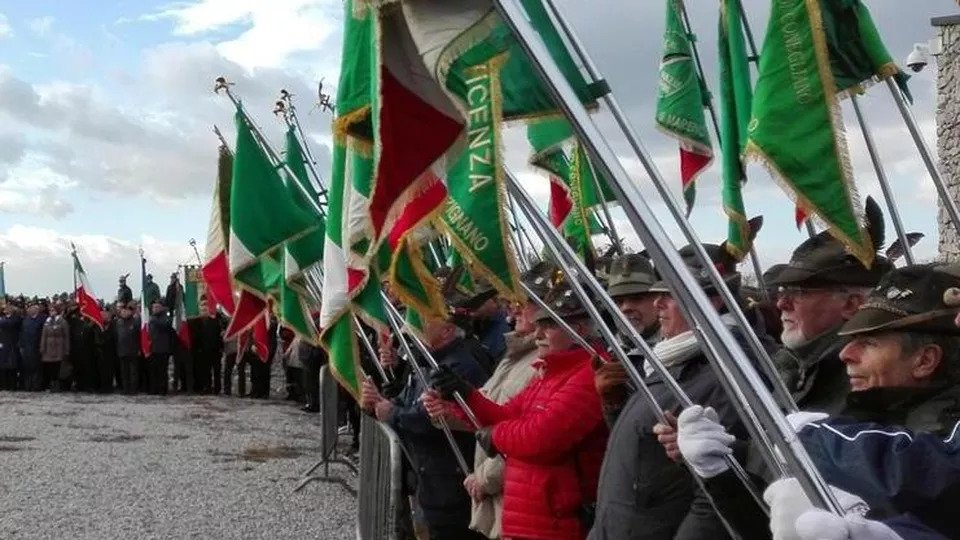 The foibe were the deep pits in the limestone of the Carso which were the scene of vengeful punishments, when during the "40 days of terror" suspected pro-fascists and collaborators with the Germans were thrown alive down the shafts with hands and feet bound with wire.

Many say that the victims were merely good Italians; others say they deserved their fate. It may be that a resurgence of far-right feeling in Italy has led to a move to clamp down on any leftish opinions in this matter. Il Piccolo today carries this photo of one group with opinions on the matter. I'll leave you to decide which side they favour.