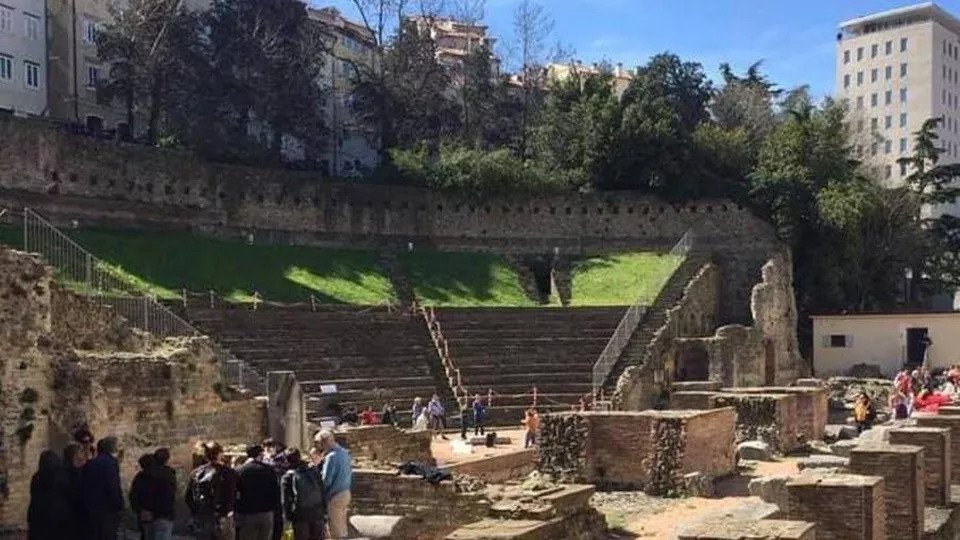 On Trieste's tourist trail, tucked in off the Corso, is the Roman theatre. Il Piccolo has an item about the archeological digs which are going on there at present. The picture shows a group of students listening to one of the archeologists explaining what is going on.

The theatre (1st to 2nd century AD.) could accommodate up to 3,500 spectators, and was built almost entirely of masonry, except for the stage, which was made of wood.

In 1814 Pietro Nobile inferred the theatre's existence from the name of a village built on its ruins, Rena Vecia (Old Arena), but it was brought to light only in 1938 following major work of demolition and urban regeneration.