Il Piccolo reports that there will be a festival over several days from 16th to 19th June to celebrate the famous "Dubliner".

…..is the headline but have a look. Why pink female legs?

This was the BETFOR trip to Trieste in 2009 and this was Bloomsday then: 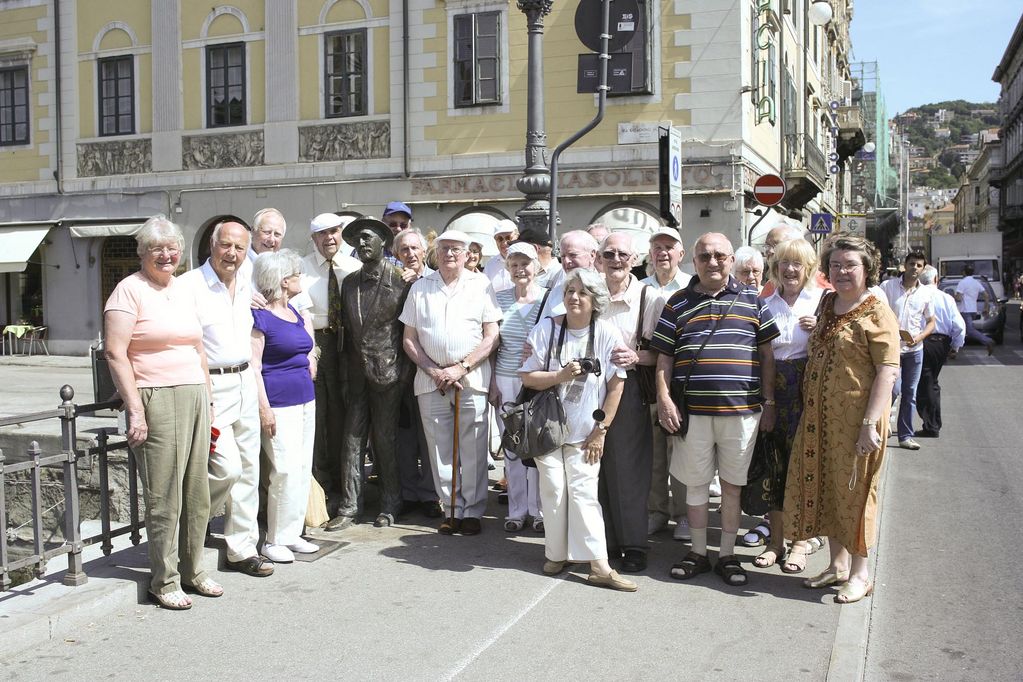 Many of them are no longer with us. Roy was there and he is very much still with us.

Trieste is clearly proud of its links with Joyce- and I wonder how many people there have read "Ulysses". I've made several attempts but have to admit I find it unreadable.
I have met two people who have read it and know stuff about it; they both left school at 14 and are self educated. They were both climbing and sailing companions and some time ago, when I had a small cruiser - a Silhouette just 15'3" lon and with only two berths - the three of us sailed to Dun Laughaire where there are many bars and features with such names as Molly Bloom and where there is a Martello tower which features in "Ulysses" and which we visited. ( It was only last year that I visited Howth which also has a Martello tower and the locals say that is the one featured in the book. . Who cares?)